Thanks to some detective work on the part of Jeff Carowitz of Houston Mod, who recognized the building and then found a newspaper clipping from the day of the plant's ground breaking ceremony, we now know that the building was designed by the architectural firm Daverman Associates of Grand Rapids, Michigan. The firm was one of Michigan's key midcentury architectural firms, and lots of their work remains to be catalogued, although Michigan Modern has made a good start. 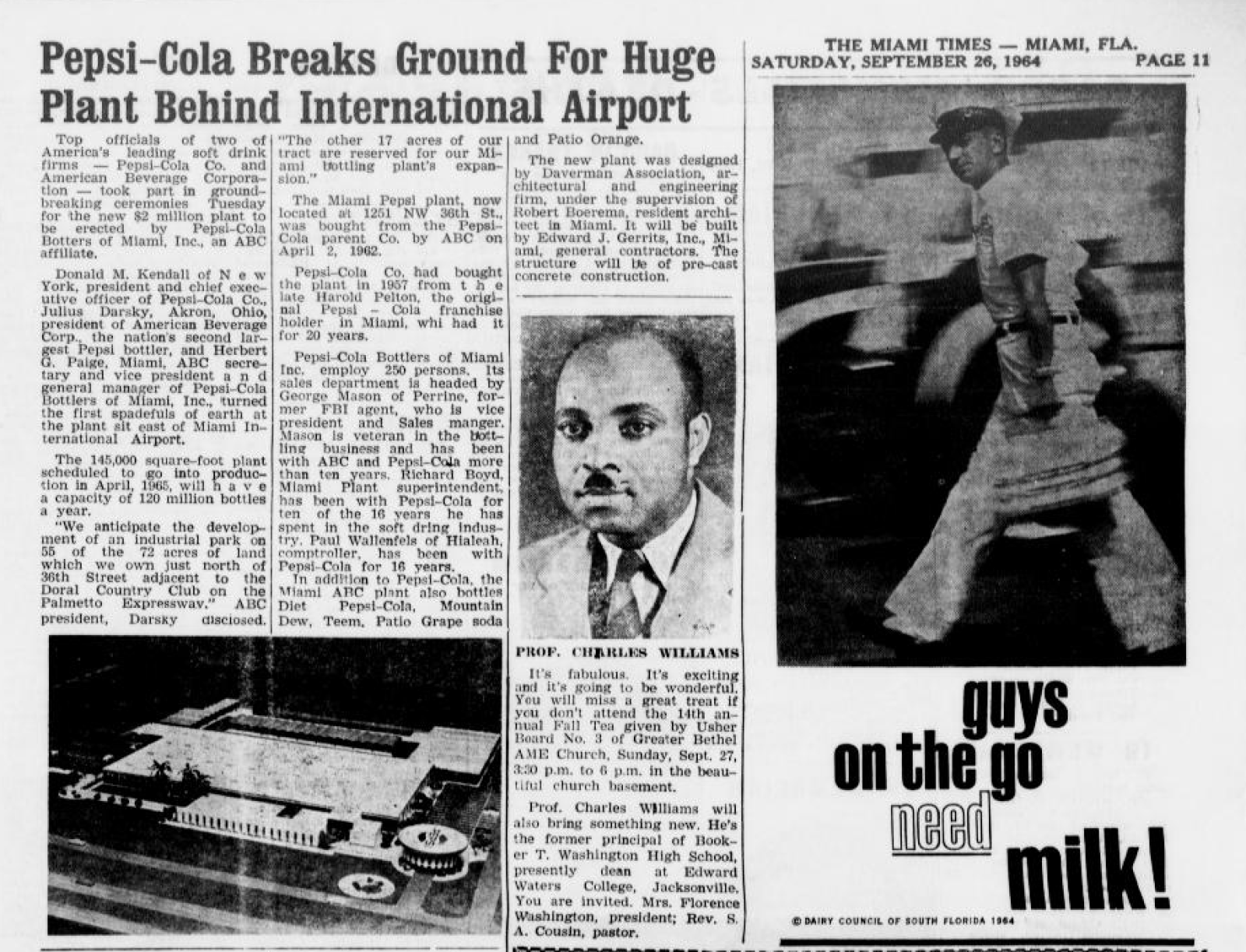 In late 2017, PepsiCo sold its offices and bottling plant in Doral, Florida to local developers Terra and Terranova Corp. for just over $40 million. The 23.7 acre property, a highly visible landmark along the Palmetto Expressway, includes a 232,919-square-foot bottling plant from 1964 as well as offices and a unique, Brutalist-style theater reminiscent of a soda bottle cap. A large portion of the site is undeveloped, and local advocates reported that the new owners submitted an application to demolish all of the buildings on the property. They do not believe the permit has been approved yet, so there may still be time to influence their decision. Preservation groups such as the Historic Preservation Association of Coral Gables are hoping to convice the developer to preserve and incorporate at least some of the buildinges, especially the theater, into any new construction.

PepsiCo Bottling Plant and Offices and the "Bottlecap" shaped theater.

What You Can Do