Ewing Township’s Bath House and Day Camp Pavilions, designed in 1955 and 1957 for the Trenton Jewish Community Center by noted Philadelphia architect Louis I. Kahn, are of international importance and renown. They mark a turning point in Kahn’s career, reflecting an important stylistic advancement in the way modernist principles were infused with tradition, and showcasing the first realization of his concept of “servant” and “served” spaces. The Bath House, which has been restored, continues in its original use and a new, free-standing, stylistically compatible Snack Bar has been constructed. Two of Kahn’s associated Day Camp Pavilions were reconstructed following HABS-level documentation and the other two rehabilitated. In addition, the landscape design and parking areas derive from a sustainable interpretation of Kahn’s Master Plan, featuring a community green as originally intended with perimeter parking and groves of trees that create outdoor rooms.

This tour is hosted by Preservation New Jersey (PNJ). This year marks a milestone for PNJ, the 25th anniversary of its 10 Most Endangered Historic Places in New Jersey program. Accordingly, they are hosting three tours for Docomomo US Tour Day highlighting modernist architecture throughout New Jersey that has either been on the 10 Most list or has been considered “endangered” in the past. In addition to the Bath House, PNJ is also offering tours of Vineland's Modern Architecture and the James Rose Residence in Ridgewood.

The Bath House and Day Camp Pavilions was included on the 10 Most Endangered Places list in 1997, and has since been saved and restored, with help from a grant from the NJ Historic Trust. Mills & Schnoering Architects, LLC was awarded a 2014 Modernism in America Award for its work to save the site.

Proceeds will be split with local organization hosts. Your generous donation helps PNJ sustain its efforts in furtherance of historic preservation in NJ.

The James Rose Residence, designed by James Rose to serve as his home and studio, is a significant example of a thoughtfully integrated modernist building and landscape.

From the brutalist style City Hall to the iconic Art Deco Landis Theater, Vineland is rich in modern architecture. Take a stroll through downtown to learn how traditional and modern styles form a complementary aesthetic. 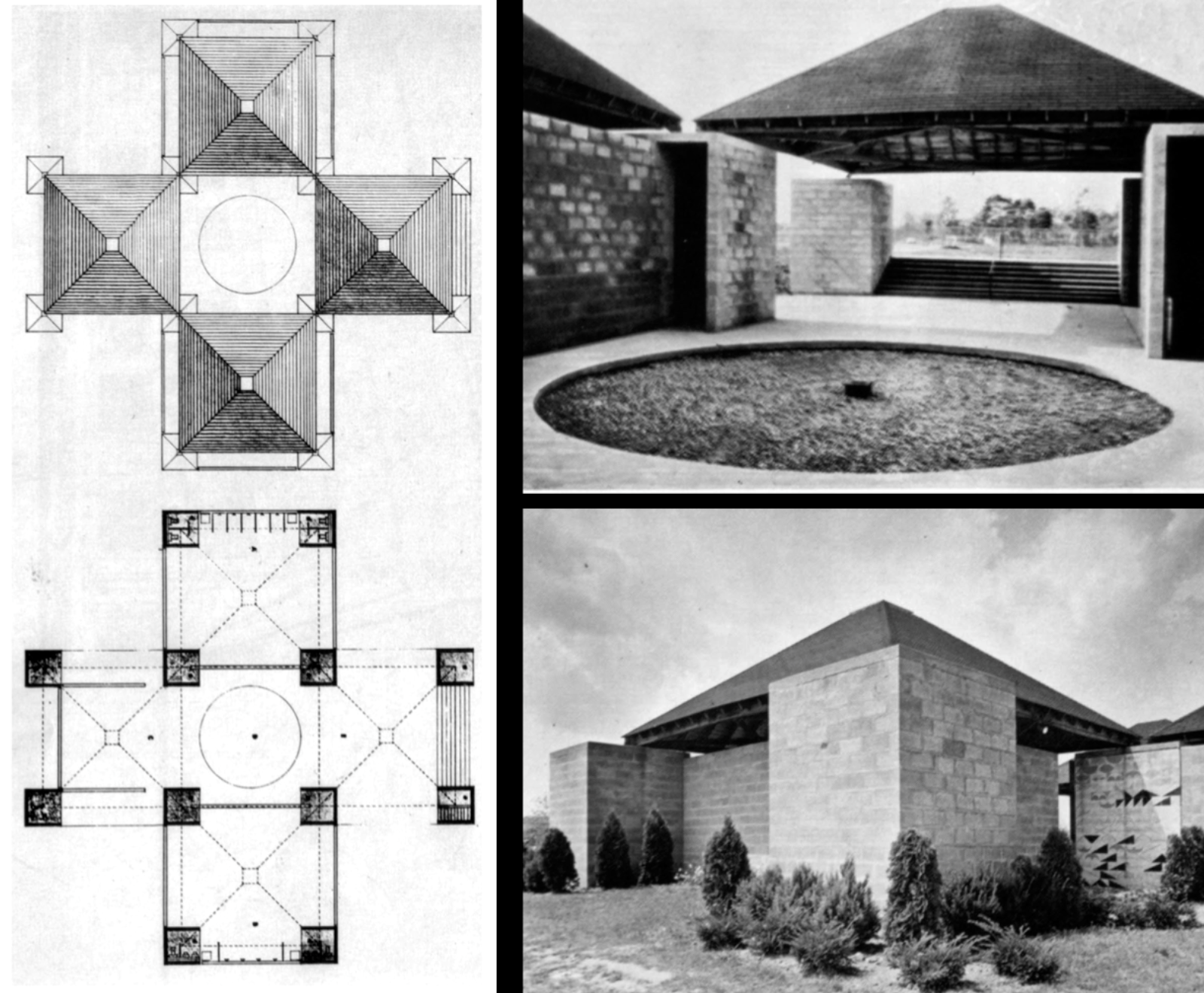 The Trenton Bath House has been widely accepted as the building in which Louis I. Kahn first made the full distinction between "Servant" and "Served" space. Kahn did not flinch from acknowledging the impact this had on his own future development, always making clear that "Servant" and "Served" space provided a way for him to define his own architectural path. Kahn believed his distinct spatial hierarchies were able to liberate his work from loyalty to Modernism's free plan, as he made poignantly clear when he stated in 1961, "Now when I did the bath house, the Trenton Bath House, I discovered a very simple thing. I discovered that certain spaces are the real raison d'etre for doing what we are doing. But the small spaces were contributing to the strength of the larger spaces. They were serving them. And when I realized there were servant areas and there were areas served, that difference, I realized I didn't have to work for Corbusier any more. At that moment I realized I don't have to work for him at all." Comparing his private dependence on the Bath House to the public reception of the Richards Medical Research Building, Kahn noted, "If the world discovered me after I designed the Richards Medical Research Building, I discovered myself after designing that little concrete block bath house in Trenton."
Get directions